The owners of Formula One have accused FIA president Mohammed Ben Sulayem of interfering in the commercial rights of the sport in an unacceptable manner after he commented on the value of F1 on Twitter.In a series of tweets on Tuesday, to a Bloomberg report that Saudi Arabia's Public Investment Fund (PIF) had considered a bid of $20 billion to buy F1.The FIA president described the figure as an inflated price tag and said it was the duty of... + full article

Brown: 'Let's not turn F1 into a political sport'

McLaren CEO Zak Brown says the FIA is right to try to find a balance around drivers making political gestures at races as he feels protests and statements got out of control on several occasions in recent years.Motor racing's governing body added a new article to its... + más

FIA: Drivers must not use F1 for 'personal agenda'

Formula One drivers must not use the platform provided by the International Automobile Federation (FIA) to make statements for their own personal agenda, the sport's governing body president Mohammed Ben Sulayem said on Tuesday.Formula One drivers will need to make... + más

AUSTIN -- The FIA will make changes to its safety car procedures after Pierre Gasly's at the Japanese Grand Prix, but has also underlined the importance of driver responsibility after labelling the Gasly's actions as reckless.Gasly said he came at Suzuka two weeks ago... + más

Formula One's governing body, the FIA, has confirmed Red Bull breached the sport's cost cap in 2021 but has yet to decide on the team's punishment.After delaying the announcement last week, the FIA confirmed Monday that Red Bull had committed a procedural breach... + más 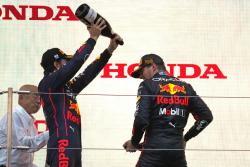 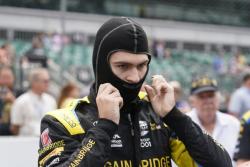 The governing body for Formula One on Friday said IndyCar star Colton Herta will not be granted the Super License the American needs to join the F1 grid next season. “The FIA confirms that an enquiry was made via the appropriate channels that led to the FIA confirming that the... + más