German players placed their hands over the mouths during their pregame photo and wore rainbow-colored stripes on their warmup shirts and cleats before Wednesday’s game with Japan, the most dramatic protest yet against FIFA’s efforts to keep World Cup teams from protesting Qatar’s dismal human rights record. Germany was one of seven European teams that planned to have its captain wear a OneLove armband to promote tolerance, diversity and... + full article

Germany's players covered their mouths for the team photo before their opening World Cup match on Wednesday to protest following the governing body's clampdown on the One Love armband.The Germany team lined up in the traditional formation before its game against Japan... + más

DOHA, Qatar (AP) — Germany’s players covered their mouths for their team photo before their opening match to protest against that were seen as a rebuke to host nation Qatar’s human rights record. The Germany team lined up in the traditional formation before Wednesday’s... + más

FIFA president Gianni Infantino has asked for the focus at the World Cup to remain on soccer. But the game took a backseat to politics again Monday when FIFA threatened to sanction players wearing rainbow-colored armbands in support of the LGBTQ community while Iran’s players... + más

Ordinary fans attending the World Cup in Qatar will not be able to have alcohol unless they purchase a Corporate Hospitality ticket that is worth around $22,000.The ticket, which has a starting price of £19,000 ($22,600), grants people access to alcohol by allowing them into... + más

What fans can't do in Qatar | CNN

When and where is the next FIFA World Cup? 16 host cities announced | Newsweek

When and where is the next FIFA World Cup? 16 host cities announced

Ted Lasso's AFC Richmond will be playable on FIFA 23 | 9to5Mac 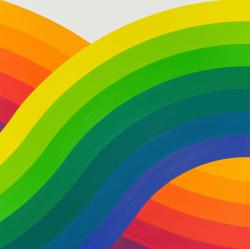 ‘Rainbow Fentanyl’: Is It Really Designed To Get Kids Addicted? | Forbes