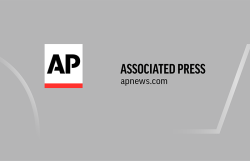 NEW YORK (AP) — A Fox News Channel original, Trace Gallagher, was named anchor of the “Fox News @ Night” hour that airs at midnight on the East Coast, the network said Wednesday.A veteran news reporter based in Los Angeles, Gallagher has been with the network since its inception in 1996.He replaces Shannon Bream in the role. Bream recently took over as anchor of “Fox News Sunday.”Gallagher covered the death of Queen Elizabeth II and... + full article

New York Attorney General Letitia James had been speaking live for about 10 minutes on Wednesday morning about the state’s against Donald Trump, his adult children, and their business organization when Fox News made the abrupt decision to cut away.James was just starting to... + más

Fox News chief political anchor Bret Baier wanted to “give into” then-President Donald Trump’s demands that the network reverse its correct 2020 election night call of Joe Biden winning Arizona, reportedly telling executives they should “put it back” in Trump’s... + más

Editorial: CNN is hewing toward the center? That’s good for our democracy.

Under its new head Chris Licht, the original cable news network is making strides toward reasserting itself as a neutral news source. This is causing some apprehension on the far left which has come to see CNN as an ally in its fight against the Fox News Channel for the hearts... + más

Why? How? The Bears, Trubisky and the Fateful 2017 NFL Draft

The end of the ' up-and-down-and-up-and-down Mitchell Trubisky era somehow arrived sooner and later than expected. After just 10 quarters of football this season and a head-scratching 2-0 start, head coach Matt Nagy yanked Trubisky this past Sunday following an interception... + más

CNN management intent on changing perception of the network

NEW YORK -- It was the kind of story that media reporter Brian Stelter would normally sink his teeth into — if only it didn't involve him.CNN said last week it was cancelling “Reliable Sources,” its 30-year-old program on the media, and letting Stelter go, part of a... + más

TULSA, Okla. — Everything was going normally for Tulsa news anchor Julie Chin as she covered . But in a matter of minutes, something else took center stage for NBC affiliate station KJRH: A medical emergency. Trying to announce a local event connected to the launch, Chin... + más