Heckler who slapped Giuliani on back can have charge dropped

A man after he was seen on a video slapping the back of former New York Mayor Rudolph Giuliani accepted a deal Wednesday to have the charges dismissed.According to the Richmond County district attorney's office, the case has been adjourned in contemplation of dismissal, which means the charges will be dropped in six months if the man stays out of trouble.The incident occurred in June while Giuliani, 78, was at a Staten Island supermarket in... + full article

R. Kelly trial vlogger charged after rival accuses her of assault near courthouse; she claims, ‘I was nowhere near her’

An R. Kelly fan who has been posting videos about the disgraced singer’s ongoing criminal trial was arrested by Chicago police Thursday after another accused her of assault — an allegation she flatly denied. Sylvia Parks Tumusiime, 55, of Covington, Georgia, was charged with... + más

Stalking charge dropped against man who fired weapon near Mayor Lightfoot’s home: ‘He was just a disgruntled citizen,’ lawyer says

Felony stalking charges have been dropped against a Chicago man who authorities say tried to approach Mayor Lori Lightfoot’s home carrying a loaded weapon, but he was found guilty of reckless discharge of a firearm in the case. Joseph Igartua, 37, was initially held in jail... + más

After McDonald’s CEO says Chicago needs to ‘face facts’ about its ‘crisis,’ Mayor Lightfoot says he should ‘educate himself’ before speaking | Chicago Tribune 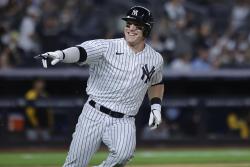 NEW YORK (AP) — Twenty years after celebrating his eighth birthday with a Yankees logo on his birthday cake, Harrison Bader put on the pinstripes he rooted for while growing up. This time, he had thousands cheering him on.Bader drove in three runs with a pair of go-ahead... + más

Suits to save Confederate icons dropped in South Carolina

CHARLESTON, S.C. -- Lawsuits filed to stop the removal of memorials to Confederate leaders and a pro-slavery congressman in a South Carolina city have been dropped. The Post and Courier reports that the American Heritage Association helped fund one of the lawsuits. It had been... + más

AirPods Pro 2 are set to be officially released on September 23, the first update to AirPods Pro since their original release in 2019. There are a few different reasons you might want to upgrade from AirPods Pro to AirPods Pro 2, and here are five of the top changes… Improved... + más

Report: All iPhone 15 models to have Dynamic Island, but not Always-On or ProMotion | 9to5Mac

East Baton Rouge 911 system dropping calls again; there are thousands of places to look | The Advocate

Dropped 911 calls issue in East Baton Rouge resolved, but cause remains under investigation | The Advocate